Where to go for information on EVERYTHING


In this day of Hi-Technology, Seals’s third release, “Human Being” reminds us all that’s just

what we are, filled with emotions, ideas and mistakes.

Produced once again by Trevor Horn, who also spun his magic on Seal’s first two CD’s, both simply

titled “Seal” (the second is now known as “Seal (1994),” relies heavy on the sound of its predecessor.

However, on this disc, Seal’s incredible distinct voice (a la Rod Stewart or Bonnie Tyler) is heard in a more raw

Eerie truths always flow through Seal’s lyrics and here is no exception. The haunting title song,

Craze” is the closest he comes on the recording to resemble “Crazy,” the classic from ’91.

Granted, Seal has a very unique style and it’s very difficult to categorize him, but he is definitely

way ahead of his time. His already slow built audience cannot overlook this effort and the aging Generation X crowd

should find it time to jump on the Seal bandwagon as his music will be heard well into the 21st century. All 3

of his discs are very worthy. Once you have all of them, then you can truly see the evolution of a master artist. 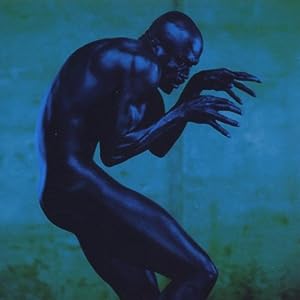 Other Artists or Titles: